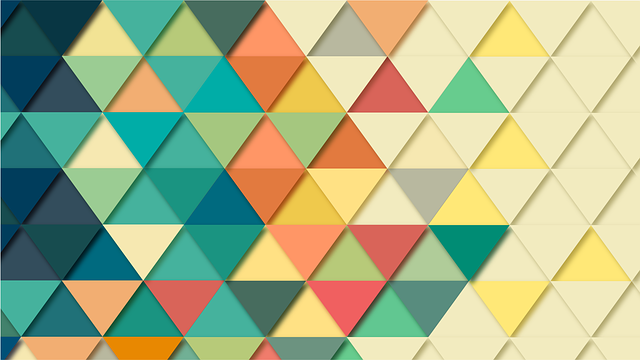 A man wakes in the morning, feeling light-headed, even somewhat dazed. Standing in the curtained gloom in his pyjamas, blinking, he feels that somehow he is not his real, vital, fully conscious self. It is as if that other, alert version of him is still in bed, and that what has got up is a sort of shadow-self, tremulous, two-dimensional. What is the matter? Is he “coming down with something”? He does seem a little feverish. But no, he decides, what is afflicting him is no physical malady. There is, rather, something the matter with his mind. His brain feels heavy, and as if it were a size too large for his skull. Then, suddenly, in a rush, he remembers the dream.

It was one of those dreams that seem to take the entire night to be dreamt. All of him was involved in it, his unconscious, his subconscious, his memory, his imagination; even his physical self seemed thrown into the effort. The details of the dream flood back, uncanny, absurd, terrifying, and all freighted with a mysterious weight—such a weight, it seems, as is carried by only the most profound experiences of life, of waking life, that is. And indeed, all of his life, all of the essentials of his life, were somehow there, in the dream, folded tight, like the petals of a rosebud. Some great truth has been revealed to him, in a code he knows he will not be able to crack. But cracking the code is not important, is not necessary; in fact, as in a work of art, the code itself is the meaning.

He puts on his dressing gown and his slippers and goes downstairs. Everything around him looks strange. Have his wife’s eyes developed overnight that slight imbalance, the right one a fraction lower than the left, or is it something he has never noticed before? The cat in its corner watches him out of an eerie stillness. Sounds enter from the street, familiar and at the same time mysterious. The dream is infecting his waking world.

He begins to tell his wife about the dream, feeling a little bashful, for he knows how silly the dreamed events will sound. His wife listens, nodding distractedly. He tries to give his words something of the weight that there was in the dream. He is coming to the crux of the thing, the moment when his dreaming self woke in the midst of the dark wood, among the murmuring voices. Suddenly his wife opens her mouth wide—is she going to beg him to stop, is she going to cry out that she finds what he is telling her too terrifying?—is she going to scream? No: she yawns, mightily, with little inward gasps, the hinges of her jaws cracking, and finishes with a long, shivery sigh, and asks if he would like to finish what is left of the scrambled egg.

The dreamer droops, dejected. He has offered something precious and it has been spurned. How can she not feel the significance of the things he has been describing to her? How can she not see the bare trees and the darkened air, the memory of which is darkening the very air around them now—how can she not hear the murmurous voices, as he heard them? He trudges back upstairs to get himself ready for another, ordinary, day. The momentous revelations of the night begin to recede. It was just a dream, after all.

But what if, instead of accepting the simple fact that our most chaotic, our most exciting, our most significant dreams are nothing but boring to others, even our significant others—what if he said to his wife, All right, I’ll show you! I’ll sit down and write out the dream in such an intense and compelling formulation that when you read it you, too, will have the dream; you, too, will find yourself wandering in the wild wood at nightfall; you, too, will hear the dream voices telling you your own most secret secrets. I can think of no better analogy than this for the process of writing a novel. The novelist’s aim is to make the reader have the dream—not just to read about it, but actually to experience it: to have the dream; to write the novel.

Now, these are dangerous assertions. In this post-religious age—and the fundamentalists, Christian, Muslim and other, only attest to the fact that ours is an age after religion—people are looking about in some desperation for a new priesthood. And there is something about the artist in general and the writer in particular which seems priest-like: the unceasing commitment to an ethereal faith, the mixture of arrogance and humility, the daily devotions, the confessional readiness to attend the foibles and fears of the laity. The writer goes into a room, the inviolable domestic holy of holies—the study—and remains there alone for hour after hour in eerie silence. With what deities does he commune, in there, what rituals does he enact? Surely he knows something that others, the uninitiates, do not; surely he is privy to a wisdom far beyond theirs?

These are delusions, of course. The artist, the writer, knows no more about the great matters of life and the spirit than anyone else—indeed, he probably knows less. This is the paradox. As Henry James has it, we work in the dark, we do what we can, we give what we have, the rest is the madness of art. And Kafka, with a sad laugh, adds: The artist is the man who has nothing to say.

The writer is not a priest, not a shaman, not a holy dreamer. Yet his work is dragged up out of that darksome well where the essential self cowers, in fear of the light.

I have no grand psychological theory of creativity. I do not pretend to know how the mind, consciously or otherwise, processes the base metal of quotidian life into the gold of art. Even if I could find out, I would not want to. Certain things should not be investigated.

The dream world is a strange place. Everything there is at once real and unreal. The most trivial or ridiculous things can seem to carry a tremendous significance, a significance which—and here I agree with Freud—the waking mind would never dare to suggest or acknowledge. In dreams the mind speaks its truths through the medium of a fabulous nonsense. So, I think, does the novel.

The writing of fiction is far more than the telling of stories. It is an ancient, an elemental, urge which springs, like the dream, from a desperate imperative to encode and preserve things that are buried in us deep beyond words. This is its significance, its danger and its glory.